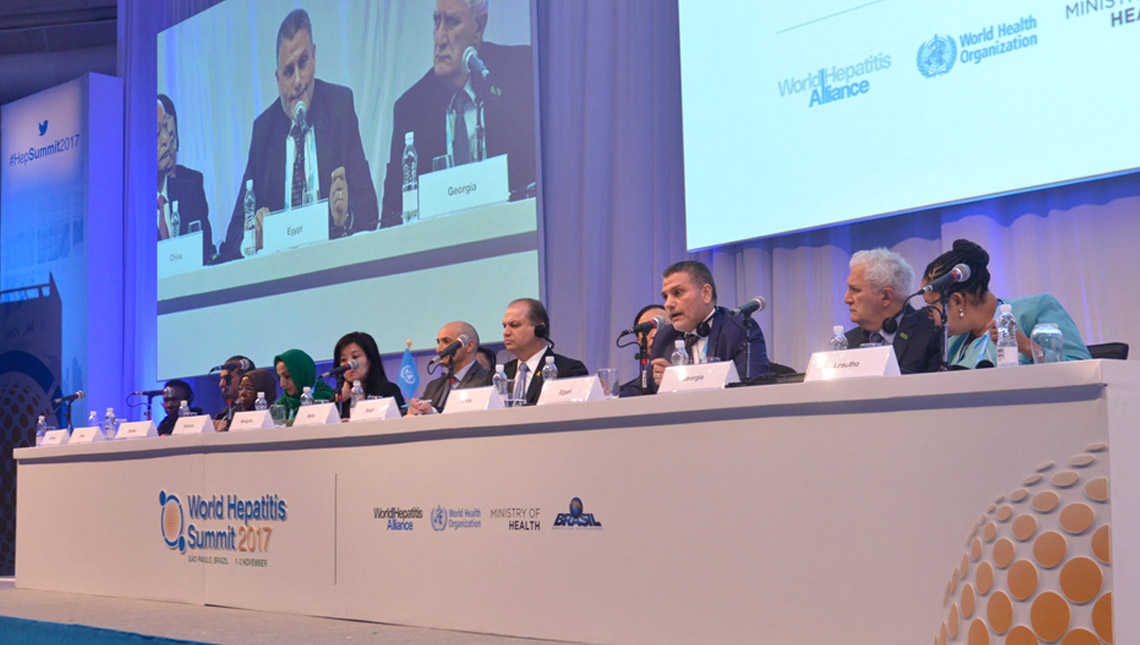 The World Hepatitis Summit 2017 was held in São Paulo, Brazil from 1 to 3 of November.

The theme of the World Hepatitis Summit 2017 in São Paulo was Implementing the Global Health Sector Strategy on Viral Hepatitis (GHSS): Towards the elimination of hepatitis as a public health threat.

ALEH was invited to a Parallel discussion with AASLD, EASL, and APASL to discuss the Liver societies’ role towards viral hepatitis elimination.

The WORLD HEPATITIS SUMMIT is a large-scale, global biennial event to advance the viral hepatitis agenda. It is a joint initiative between World Health Organization (WHO) and the World Hepatitis Alliance – in collaboration with a different host country for each Summit.

The World Hepatitis Summit is a public policy three-day event bringing together a global audience of civil society groups, WHO and its Member States, patient organizations from the World Hepatitis Alliance’s, policy-makers, public health scientists and funders.

1. To increase the number of countries developing practicable viral hepatitis action plans by making use of the latest public health research and technical support from WHO.
2. To improve the implementation of existing viral hepatitis action plans through the sharing of best practice.
3. To support WHO’s Resolution which urges Member States to “promote the involvement of civil society in all aspects of preventing, diagnosing and treating viral hepatitis”.
4. To discuss funding mechanisms for medicines and/or diagnostics through engagement of key stakeholders.
5. To raise the profile of viral hepatitis by engagement of international top-tier media.
6. To encourage and direct public health research to where it is needed by engaging key global funders.

A very important document was signed during this meeting: “São Paulo Declaration on Hepatitis”, recognize the need for a global approach to eliminating viral hepatitis as a public health problem through preventing, diagnosing, treating and surveillance of all forms of viral hepatitis – with a special focus on viral hepatitis B and C, which have the higher rates of morbidity and mortality.