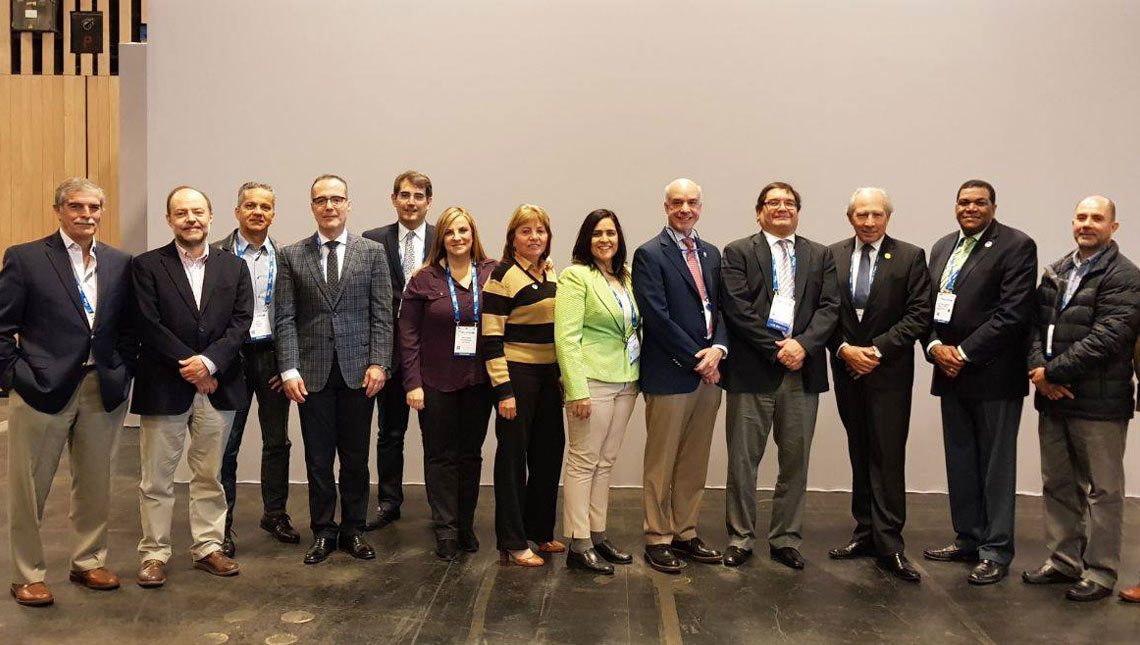 The International Liver Congress, organized by the EASL in Paris, France, was held from April 11 to 15. For the third consecutive year, ALEH was invited to participate in this scientific activity that brings together prominent hepatologists from all the world.

ALEH´s Governing Board, chaired by Dr. Fernando Contreras, met, as every year, with AASLD, EASL and APASL. Contingent topics of hepatology were discussed and new forms of collaboration between the Associations were evaluated. The soonest collaboration will be that for the first time, 4 presidents of the Global Liver Summit will be participating as Speakers of the Scientific Program of the ALEH Congress to be held in September of this year in the Dominican Republic.

The highlights of this important event were that, for the first time we had an ALEH-EASL Symposium, which was very successfully. On behalf of ALEH, Marcelo Silva (Argentina) and Francisco Hevia (Costa Rica) participated, and Pavel Strand and Philip Newsome, representing EASL.

This instance of meeting among colleagues, allowed ALEH members to share their proposals and comments with the Governing Board, which are being evaluated with the aim of continuing to grow, improving and delivering benefits that contribute to our Association and their members. ALEH members had the opportunity to visit our booth at the Commercial Exhibition. Also, ALEH´s Group of Interest could meet in the Meeting Room specially provided by ALEH, to continue with the development of their projects.

“We are very happy with the work done so far, there is great interest from our Sister Associations in supporting ALEH. The same happens with the Representatives of ALEH´s member countries and all ALEH partners, every day there is more commitment and participation in our association. ” assured Dr. Fernando Contreras, President of ALEH